PlayMongo can be used to

PlayMongo tracks the location of the cursor and

Queries auto-run fast, and the previous data are auto-find so we can fast switch and see the data before and data after.

This allows users to write queries generally with 2 columns because on the right column there are always the data of the previous stage or the initial data.

All users can create permanent links using the share buttom

Bookmark can be used to save any query(your query or from other user) in your account.
Only the query link is needed.

Share answer button.This is only for stackoverflow and mongodb-forums answers.
Each query saved as answer should have a query link to the question.
The answers are added in the left sidepane to help other users.
If you want to save an answer but not in the public sidepane, select Share & Save

You can remove a saved query, a saved answer or bookmark from your account. Links are permanent but it will be removed from your personal left sidepane.

(Requires log in, and to be the author of the query(if not bookmark))

Each query has optional metadata like bellow If you write a public answer you must add stackoverflow url or mongodb-forums url, so users to find the question. Public answers require one of those 2 urls. If you are logged in and you write a query your nickname is auto-added, you can remove it, or change, from the profile icon

The simple auto-view, for example when i am writing the $sort code, i see auto on the right the output of the $set.

Because queries auto-run fast, is like seeing almost the same time the data tranformations. 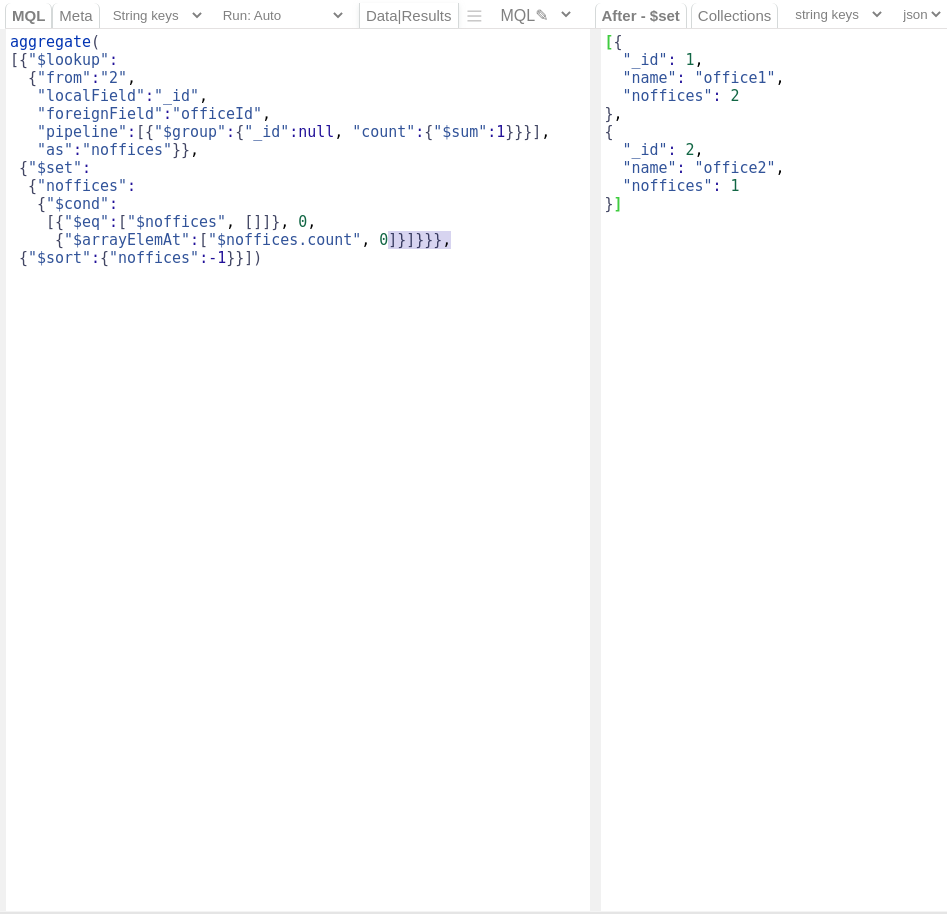 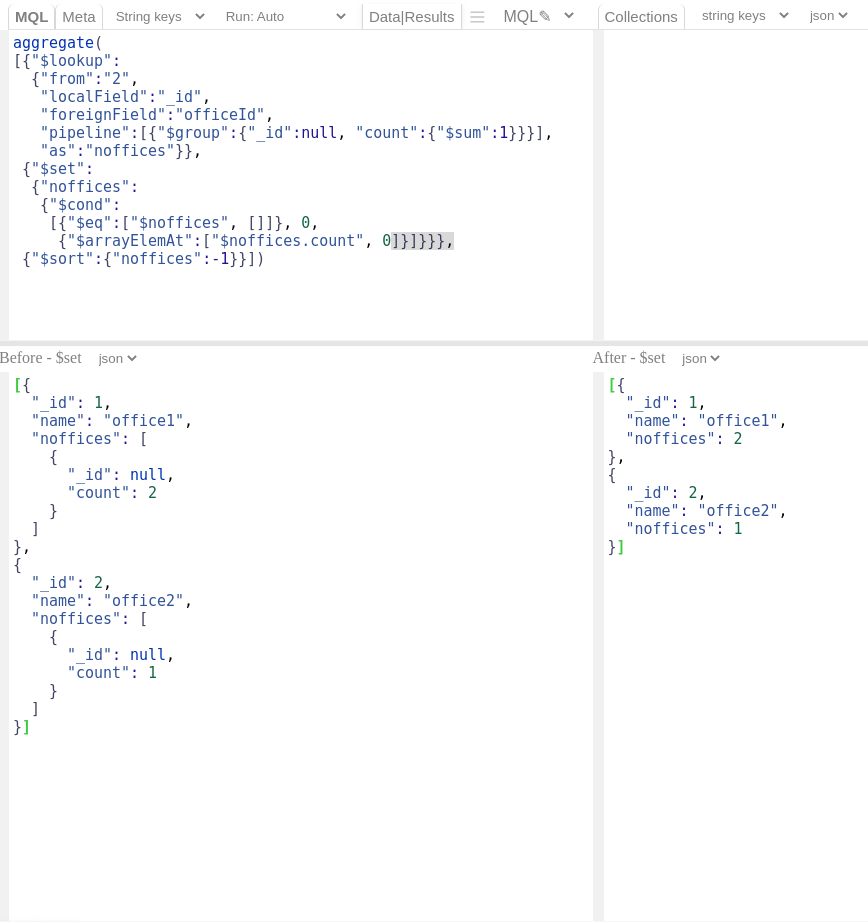 Top right column can be 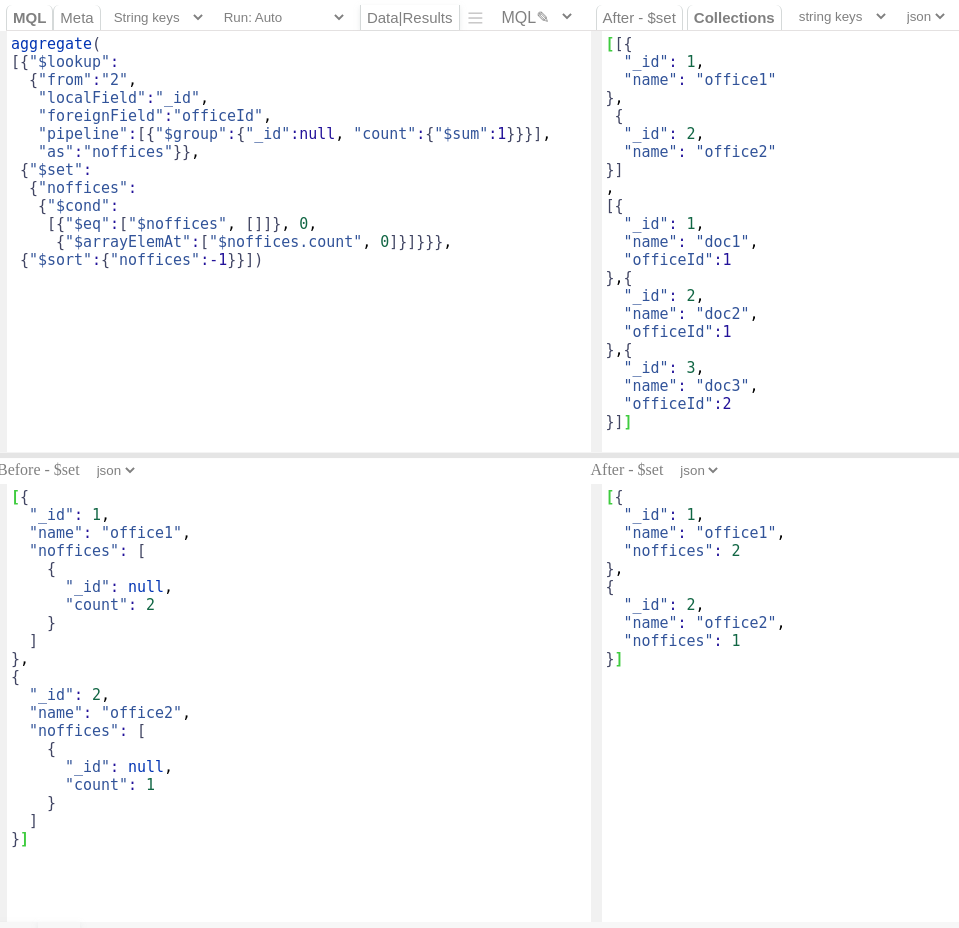 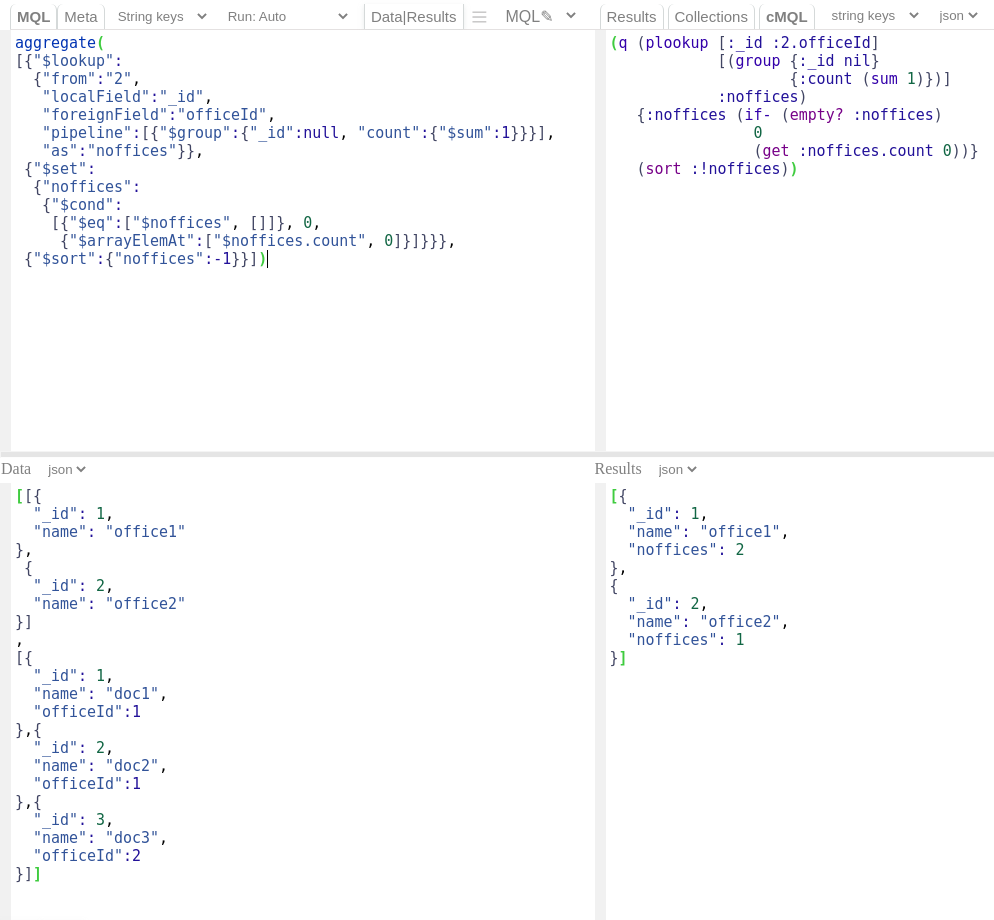 Data can be inserted in the following formats

Order of collections is their names also, starting from "1" For example js {"$lookup": {"from":"2" ...}} We put first the collection that we start the aggregation with.

We can give custom names using the bellow syntax, unamed and named can be mixed

cMQL-play is a subset of cMQL but the most important methods are supported.

No options is used

You can use all other options like arrayFilters etc

cMQL play uses the Node.js driver style of call, for example sort/limit/projection are in options. This is done for simplicity, to not have many method calls.

Comments for now are used with ; And in this line and in all lines bellow we can write comments. Comments are not supported for now inside the code.